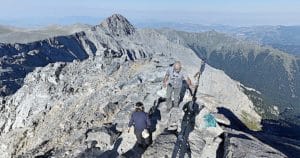 Mount Olympus is one of the most well known mountains in the world from being the home of Zeus, the king of gods of the Greek Mythology, living at the Mytikas peak. The vast area around Olympus mountain peaks has been designated as a National Park, which was the first designated park in Greece, since 1938. The park is also a World Biosphere Reserve as the surrounding area is noted for its exceptional biodiversity in rich flora, waterfalls, geomorphology with its 52 peaks and deep gorges as well the wildlife.

Mount Olympus is the highest mountain in Greece, as its highest peak, Mytikas (Μύτικας – meaning “nose”), rises to 2,917 meters (9,570 ft). It’s also one of the highest peaks in Europe in terms of topographic prominence – measuring the height relative to the lowest contour line encircling it. 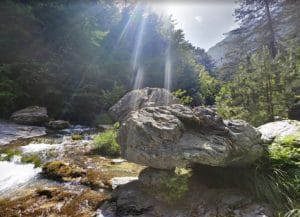 Of course, the mountain was home to the 12 Olympian gods of the ancient Greek world. According to Greek mythology, the twelve Olympian gods are the major deities of the Greek pantheon, commonly considered to be Zeus, Hera, Poseidon, Demeter, Athena, Apollo, Artemis, Ares, Hephaestus, Aphrodite, Hermes, and either Hestia or Dionysus. 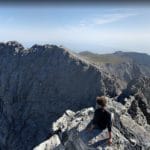 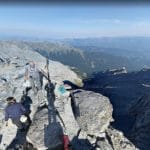 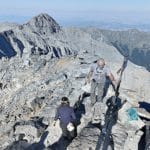 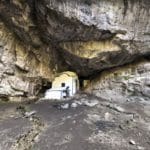 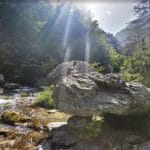 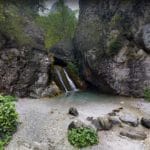 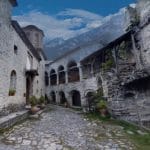