Battle of the 300 Champions at Thyrea 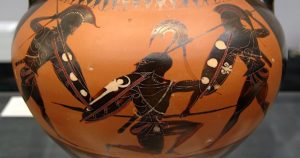 In 546 BC an extraordinary battle took place between Sparta and Argos for a claim of a fertile territory that both city-states wanted. Historically, the Thyrea area around today’s Astros Kynourias, Peloponnese, has always been fertile land with olive groves and vineyards. This was the reason for the many conflicts and wars in antiquity between the neighboring city-states of Argos and Sparta as both wanted claim of the area. 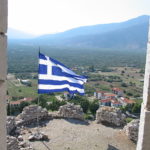 View of the Thyrea plains from the Castle in Paralio Astros 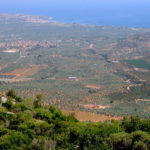 Both city-states did not want to carry out a full blown battle, so there was arrangement between the two sides, in order to reduce men casualties. Each city Sparta and Argos pitted 300 men (Lakedemonians vs. Argives) to battle  with  the winner taking ownership of the Thyrea territory. No man had to be left standing alive except a winner. The battle was indecisive with 299 Spartans and 298 Argives dead. The survived Argives were Alcenor and Chromius, and thought they had won as no man was standing. They immediately ran to Argos to declare victory. However Spartan Othryades, yet injured, he managed to stand up and declare victory for Sparta after the Argians left.

On the next day, both sides came to the battlefield to inquire about the result, and both claimed victory. The Argians were saying that more of them had remained alive, and the Spartans were declaring that the two Argives had fled away, whereas their own man had stood his ground.

Below is Herodotus’ detailed account for the legendary battle of the 300 Champions in 546 BC between Spartans and Argives and what happened next to them and territory of Thyrea. In addition, how would men wear their hair and women have their jewelry, and the fate of Othryades.