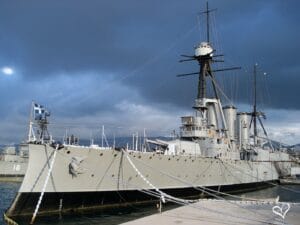 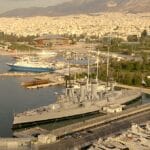 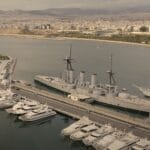 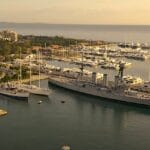 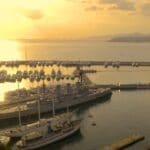 Georgios Averof is a modified Pisa-class armored cruiser built in Italy for the Royal Hellenic Navy in the first decade of the 20th century. The ship served as the Greek flagship during most of the first half of the century. It is known as The Battleship (θωρηκτό) of the proud Greek Navy, regardless of the fact that it is really an armored cruiser (θωρακισμένο καταδρομικό), the only ship of this type still in existence. 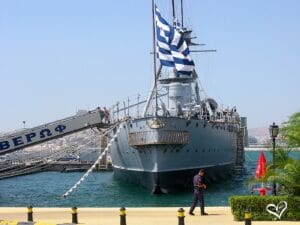 Today serves as a museum, docked in Paleo Faliro (suburb of Athens) and open to the public for getting onboard and get first look at this legend. Free guided tours are provided to visiting schools and on holidays. In 2016 she has been retrofitted with an internal elevator allowing access to most decks by visitors with movement disabilities. She is berthed at Trocadero quay, as part of the Naval Tradition Park.