By Thanos Voudouris founder and administrator

Dior just hosted its spectacular Cruise 2022 show in Athens, at the home of the modern Olympics, the Panathenaic Stadium. The show, inspired by the ancient Greek way of life and mythology, was filled with beautiful draped goddess gowns (πέπλο – peplo), which were given a modern sporty look with chunky Nike trainer shoes, reinforcing the athletic nature of the Olympics, as the show was held at the stadium where the first modern Olympics were held in 1896.

Full film of the Dior Cruise 2022 fashion show took place on June 17th 2021 in Athens.
[Rotate your mobile device for full view of the video]

“A rediscovery of civilization’s roots – not out of nostalgia, but out of a desire to recompose, in the present, the fragmentation necessary to our understanding of the world. Maria Grazia Chiuri was inspired by Giorgio De Chirico, a pioneer of Surrealism who drew on poignant memories of Greece to paint metaphysical places frozen in the silent contrast of light and shadow. 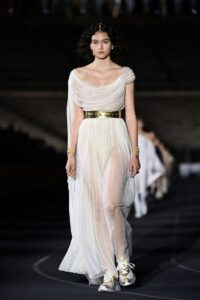 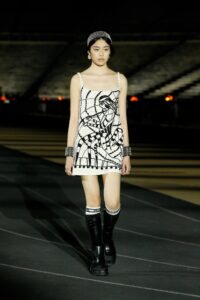 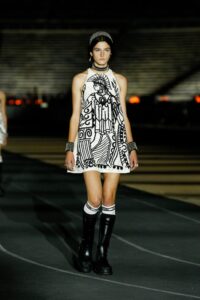 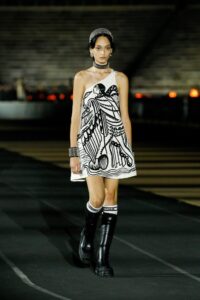 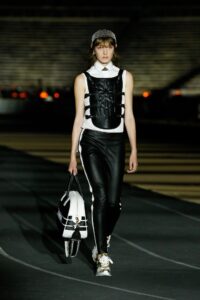 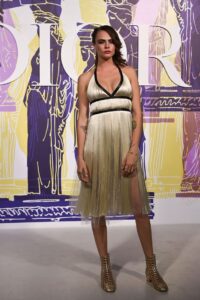 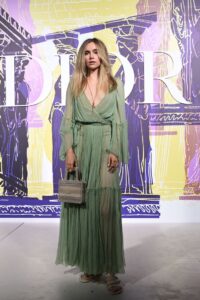 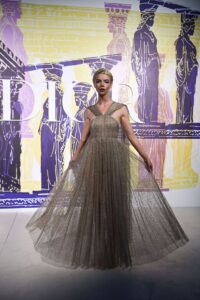 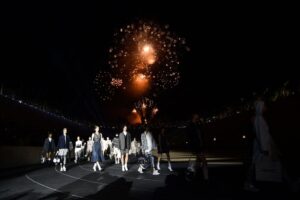 The Creative Director then explored the universe of Alexander Iolas, the cosmopolitan gallery owner who preserved his close ties to Greece and his home in Athens. There, he assembled an incredible collection of vases decorated with the intertwined bodies of wrestlers. Giant close-ups of those silhouettes stand out in sketches by the artist Pietro Ruffo, or are camouflaged on a selection of sportswear pieces, a synthesis of technical and formal research, the backbone and manifesto of a body performing beyond gender boundaries, in the Panathenaic stadium where the cruise show is staged.

The best description yet, is coming from Katerina Zolota who writes:
A celebration of fashion, culture and history, a mini marathon of refined taste and unpretentious beauty, a proof that ancient Greek culture continues to inspire and give birth to new creations.
Greece still inspires the whole planet!
Let’s keep it!