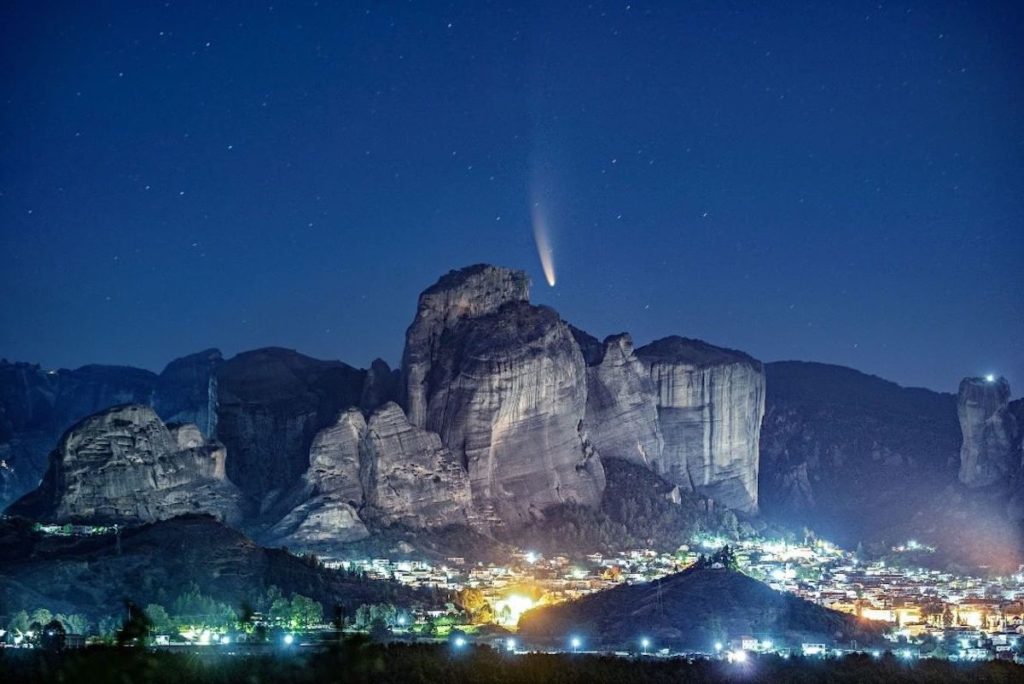 Comet NEOWISE, is a retrograde comet with a near-parabolic orbit discovered on March 27, 2020, by astronomers using the NEOWISE space telescope. By July 2020 it was bright enough to be visible to the naked eye. While the comet was visible over Greece, Constantine Emmanouilidi captured this amazing photo.

In Constantine’s words about this amazing shot as NEOWISE comet was gracing the skies over Meteora:

“At first I thought I had no words to describe what I saw with my own eyes when the comet appeared behind Meteora … but I do have a photo!
From Halkidiki and after the preparation of yesterday’s picture, in the car without sleep went to this unique part of the world capturing the event that it happens once in 6800 years or the period of rotation of the comet around the Sun. It took a lot of research and effort to find this location in the middle of the night and on a rocky dirt road along with the wildlife, cats, foxes, dogs and bears … But what does it matter when you see such a spectacle!”